My daily source of exasperation

It's the little things that drive you crazy.

As an expat living in a foreign land, I can accept a wide range of strange and unfamiliar practices that fall under the heading “Cultural Differences.” I understand that people here have their own customs and habits, and that it is up to me, as an outsider, to adapt and assimilate.

However, there are some things that I simply cannot accept—things that I view not as cultural differences born of this country's unique history, language or traditions, but as serious errors. Yes, it's true: There are a few things about life in Flanders that are just plain wrong.

Take TV, for instance. One of my pet peeves is the mysterious logic behind television programming. Flemish TV channels carry a lot of American shows, which is great—until you realize that they're showing episodes from last season. Or maybe it's the current season, but the episodes are several months old, so you end up watching the Christmas episode of “Castle” in February.

Often there seems to be no logic at all to the scheduling or programming of shows. They'll show the previous season of “Bones,” and then when it's over, start again with episodes that are 4 years old. For no apparent reason. Shows regularly jump from one time slot to another, or from one day of the week to another, without warning. 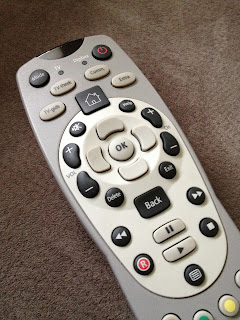 There's no respect for the intrinsic structure and rhythm of your typical TV show. A one-hour drama is built around commercial breaks at specific times, with one scene ending at the cut and another picking up after the lead-in. Flemish broadcasters run right through the break, and then insert a commercial somewhere else in the episode, usually at the worst possible moment, mid-scene or even mid-sentence.

Here's another thing that I find maddening: TV shows don't start and end on the hour or half-hour like they do in the US! Each channel has its own schedule with shows starting and ending at completely random times that are completely different from all the other channels. Nowadays, with DVRs, it's easy enough to record one show and watch another, but how did this system ever come to be in the first place?

And I have the distinct impression that the start and end times listed on the channel guide are just suggestions. Nothing ever seems to start at the time it's supposed to.

Maybe it's the fact that I used to work in the entertainment industry, or the fact that I'm addicted to TV (can you tell?) that makes me so particular about how my favorite shows are presented. Or maybe it's part of my greater frustration over being a slave to television broadcasters in the first place.

By the time I left the US three years ago, I was watching less and less TV on my television and more TV shows online. After coming to Belgium, I soon found that all of the digital content I was used to streaming live on my computer was now unavailable to me. Three years later, nothing has changed. Digital content from the US is still blocked in Belgium.

So I'm stuck watching TV shows on TV... when I can figure out what times they're on. One good thing about watching TV in Flanders: American shows are all subtitled, not dubbed. We also get the Walloon channels from our cable provider, but I simply cannot bring myself to watch American shows with the actors' voices dubbed into French!

(A version of this post also appeared on the website for Fans of Flanders, the English-language TV show for and about expats in Flanders. I'm honored to be one of their guest bloggers--and I even watch the show on TV.)