The last thing you might expect to see on the streets of Belgium is an elephant, much less 42 of them. Yet for two months in September and October, my home city of Hasselt has played host to Elephant Parade, an outdoor art exhibit and fundraiser dedicated to the preservation of the Asian elephant.

Elephant Parade was started by a Dutch father and son, Marc and Mike Spits, after they visited an elephant hospital in Thailand. The first exhibition was held in Rotterdam in 2007; subsequent editions took place in Antwerp, Amsterdam, London and Singapore. Hasselt is the tenth city to participate.

The colorful pachyderms, each 1.5 meters tall, were decorated by local artists and designers and spread throughout the city center. Maps were freely given out so that people could find and identify all of them, and it became a common sight to see people wandering around, clutching their maps and cameras, hunting elephants.

I joined the hunt yesterday, motivated to capture these artful visitors before they disappeared. It's been fun having them around and I'll miss them when they're gone. 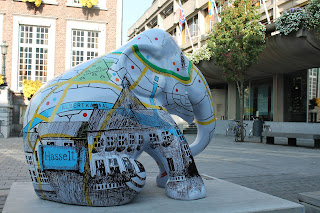 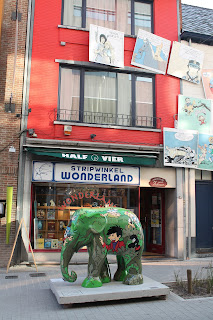 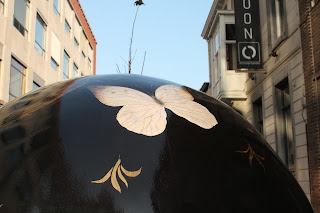 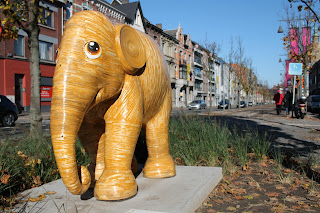 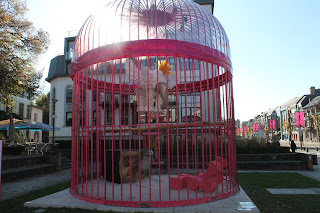 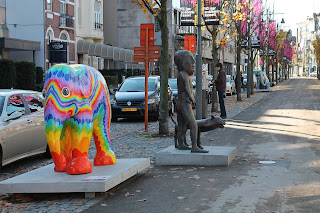 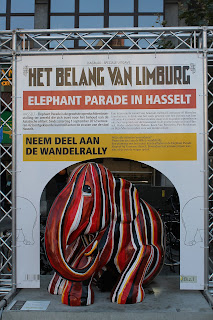 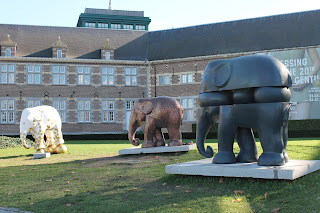 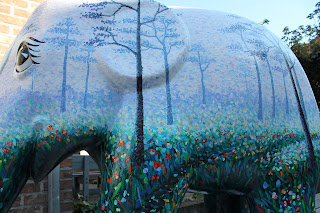 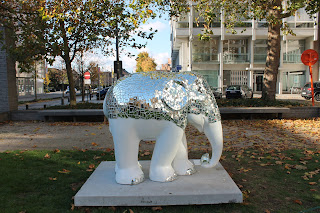